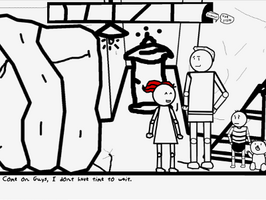 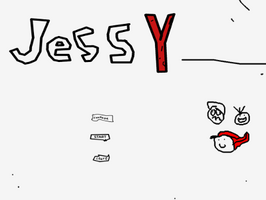 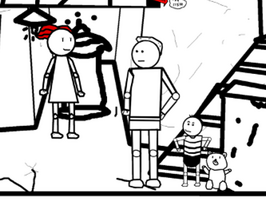 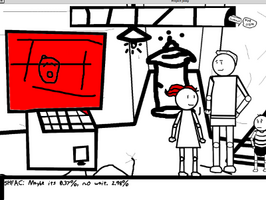 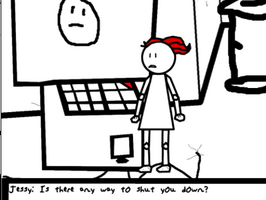 This is more of a behind the scene type thing, but I'd figure I'd go over it.

Okay so Godot 3 is out and everyone is cheering, everyone is enjoy the new awesome 3D features, and Escoria got an over haul. With a bunch code fixed.... So It is my displeasure of saying Jessy will remain Godot2.

Really it's because of custom code I've been lobbing into this Version of Escoria, I'd either have to convert the files over, which is a pain even with Godot2's Export to 3.0 function. Or I can keep a version of Godot2 on hand at all times just for this project.

Eh call me lazy, but I'm sticking with Godot2.

However you may rejoice in the fact that I have fixed the 'Quit by the Window's X button' bug. It was a line of code put in escoria by it's devs (global_vm.gd line 725). Both Jessy and The new Godot 3 Escoria has a bug fix from my Github. Hopefully it will be merged, or at least some one else with do it, and that will be merged.

#The fix for Godot 3 Escoria

The bug fix will officially come out, when I launch Comic 1.

A Point and Click adventure game inspired by the peanuts